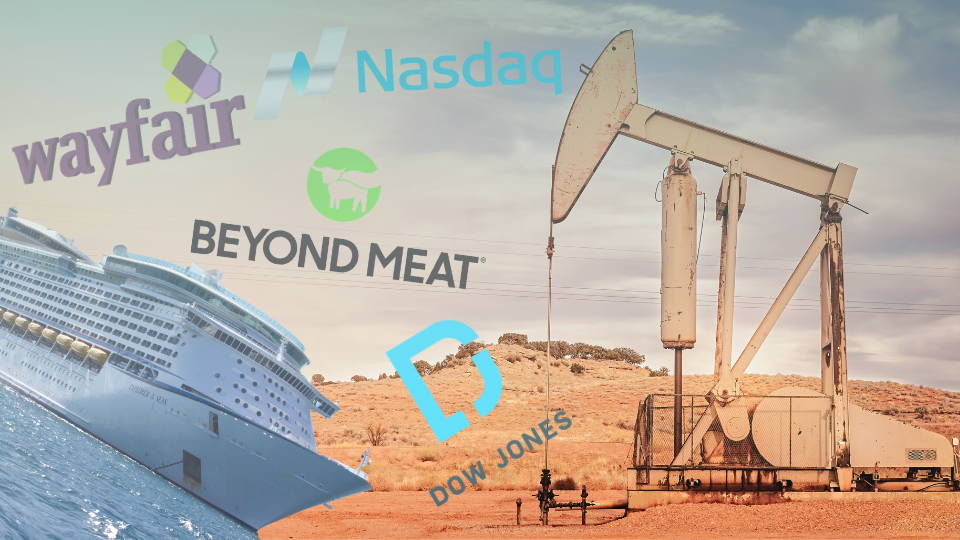 By andreasmiliotis May 8, 2020 No Comments

Oil demand recovers: prices up by 20%

Oil prices are beginning to show a recovery, after their historic collapse due to the freezing of the markets during the COVID-19 outbreak.

By Tuesday morning, US crude oil prices had risen to $24 per barrel. Although oil prices remain at record lows, the prices reached their highest level since April 13. As activity in some US states begins to relapse, experts suggest that this signals the beginning of an overall increase in oil prices.

Oil demand in the United States has now reached the highest level since March 16, rising by 19%.

Oil stocks, crushed by the crisis earlier this year, have responded immediately with a bullish trend.

Sharp Revenue Increase of 141% for Beyond Meat

The plant-based, meat alternative producer, Beyond Meat, has managed to more than double its revenue in the first quarter of this year.

During the first three months of 2019, the company closed with an impressive result of $40.2 million. However, this year sales have already reached $97.1 million (up 141%), and the company expects to continue benefiting from higher retail demand. But Beyond Meat is not the only company profiting from the increase. Compared to the same timeframe last year, the US both retail and food service sales increased by 157% and 156% accordingly.

After Tuesday’s release of the Q1 revenue report of the company, Beyond Meat shares grew about 5%.

With the partial reopening of the US economy, market optimism grew stronger, encouraging an increase in stock prices.

Although the indices are still way below their previous highs, all three finished the second consecutive day of gains.

Many online retailers have benefited from the COVID-19 enforcement of lockdowns and social distancing. But even these did not stop Americans from pursuing their shopping habits, switching almost entirely to online retailers.

Thanks to its solid e-commerce infrastructure, Wayfair not only maintained its business activity, but also increased its revenue by 20%, compared to the first quarter of 2019.

Wayfair CEO expressed his gratitude “Millions of new shoppers have discovered Wayfair while they shelter in place at home” . “We are seeing strong acceleration in new and repeat customer orders across almost all classes of goods and across all regions.”

Norwegian Cruise Line Holdings (NCLH) has warned investors of a potential shipwreck, among rising rumours of the company going out of business.

Besides facing a general liquidity crisis, the company has suffered greatly due to the coronavirus pandemic. With the following statement, the company expressed their uncertainty about the future: “The current, and uncertain future, impact of the COVID-19 outbreak, including its effect on the ability or desire of people to travel (including on cruises), is expected to continue to impact our results, operations, outlook, plans, goals, growth, reputation, cash flows, liquidity, demand for voyages and share price.”

Amidst the crisis, investors were not reluctant to react. Shares of Norwegian fell as much as 24%, to $11.03, on Tuesday. Year-to-date, the stock is down more than 80%. Will this be another financial titanic, or will the captain manage to save the boat?