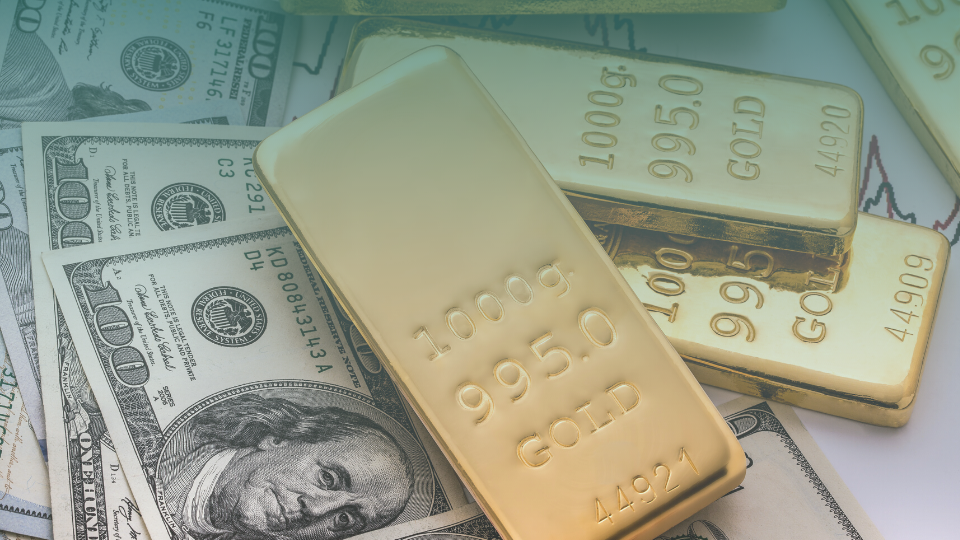 By andreasmiliotis June 3, 2020 No Comments

According to Incrementum AG‘s latest annual report, the gold price could reach the cost of $5,000 per ounce in 10 years from now.

According to the gold rate predictions, the gold price approaching $5,000 is still a very conservative estimation. It is believed that the price of gold could even go as high as $9,000 per ounce by 2030.

Whether the gold price will take a moderate or a radical trajectory isn’t clear, however, the future gold rate development will primarily depend on inflation and the global debt situation. Nevertheless, the price of gold will undoubtedly continue to rise.

According to the report, “the proprietary valuation model shows a gold price of USD 4,800 at the end of this decade, even with conservative calibration. Should money supply growth develop in a similar inflationary manner to that of the 1970s, a gold price of USD 8,900 is conceivable by 2030.”

Kitco gold chart supports the positive progression of the yellow metal; today Gold is showing an increase of 14.70.

The authors of the report explain that all monetary systems have an expiration date in their current form. Stoeferle and Valek suggest that “due to the expected economic and monetary turbulences, the coming years will hold many challenges for investors.”

In last year’s report, the authors predicted that gold was at the doorstep of a new bull market.

Meanwhile, due to possible short-lived instances of optimism in the gold space, gold rates could still show a bearish behaviour.

“From the point of view of current market sentiment, seasonality, and the CoT report, we would not be surprised to see a several-week consolidation phase,” Stoeferle and Valek explained.

Viewing gold prices from a long-term point, the report predicts gold will break the historical record level. Taking inflation into account, once gold reaches the $1,920 point, it will climb further above $2,215 soon after.

The report states that “The question is not whether the gold price in USD will reach a new all-time high, but how high this will be. The authors are convinced that gold will prove to be a profitable investment over the course of this decade and will provide stability and security in any portfolio.”

The COVID-19 outbreak and its consequences have rapidly transformed the markets worldwide, accelerating the anticipated recession.

According to the report, the coronavirus outbreak “was then only the straw that broke the camel’s back … We are currently experiencing the most pronounced economic contraction in 90 years. The debt-driven expansion in the U.S. has been cooling off since the end of 2018, and gold analysts had already warned of darkening recession clouds last year. Measured in gold, the U.S. equity market reached its peak more than 18 months ago. COVID-19 and the reactions to it act as a massive accelerant”.

Incrementum AG doesn’t support the idea of a V-shaped recovery, in spite of the resumption of the global economies.

The authors’ pessimistic view is based on the fact that the monetary policy normalization has failed, and its results are already visible in the increasing gold rates. This, in its turn, has serious consequences for inflation and debt management.

“There is unanimity among governments and central banks on how to combat the economic consequences of the Covid-19 crisis: As many people as possible should be saved, whatever the cost … The debt is now threatening to get out of hand for good,” the report noted.

The only logical outcome of the COVID-19 outbreak, according to the report is a global debt crisis.

“It will probably no longer be possible to finance the debt, as global savings volumes are no longer sufficient to cover the financing requirements necessary to keep the electronic printing press up and running,” the authors suggest.

In the coming years, inflation will have become the “dominant investment theme”, according to the report.

Stoeferle and Valek wrote, “Central banks are in a quandary when it comes to combating future inflation. Due to overindebtedness, it will not be possible to combat nascent inflation with substantial interest rate increases”.

This is all good news for gold because real interest rates will have to be kept below and under the positive line for a long time. Silver and mining stocks will also be the ones benefiting from this, the report added.

“The interventions to combat the pandemic are overstretching the debt sustainability of many countries. Government bonds will increasingly be called into question as a safe-haven. Gold could take on this role,” the report concluded.